The Appeals Committee considers potential appeals raised in case the Register Committee rejects an application for inclusion on the Register.

An appeal can be lodged on procedural grounds or in cases of perversity of judgement.

The members and deputy members of the Appeals Committee may not hold any other posts within EQAR.

If the Appeals Committee allows an appeal the case is referred back to the Register Committee for a new decision taking due account of the grounds of the appeal.

The official rules are specified in the Appeals Procedure.

The following members currently serve on the Appeals Committee: 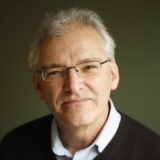 Paul Zoontjens was until his retirement in May 2019 professor in constitutional, administrative and education law at Tilburg University, the Netherlands. Now he is a free consultant in educational and legal affairs.

During the nineties he was a legal adviser at the Ministry of Education, Culture and Science in the Hague. From 2008 until 2015 he was a member of the national advisory council on education (“Onderwijsraad”).

Paul Zoontjens is a specialist in higher education law and has given a lot of lectures in this field. He also advices the Ministry and institutions on this subject. Until his retirement he was chairman of the examinations committee of Tilburg Law School. He was chairman of the internal Appeals Committee of the Flemish Council of Universities with respect to (visitation) reports on quality assurance, which are the main element in the procedure to reach (extension of) official accreditation. 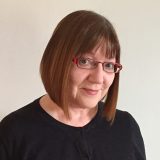 Carolyn Campbell is currently Senior Consultant at the Observatory on Borderless Higher Education where she is also a member of the Advisory Board.

She has had a career in higher education policy and quality assurance at national and international levels. Previously she was Head of International at the Quality Assurance Agency for Higher Education having held senior posts in predecessor national quality assurance organisations in the UK. She has also held a post in the Erasmus Bureau in Brussels managing the pilot project for the development of the European Credit Transfer Scheme and in the Education Development Centre at Roehampton University.

Carolyn is currently the external Academic Board member for Ashridge Business School, a UK degree granting institution, and of the International Advisory Committee of the Lumina Foundation in the United States of America. Over the last eighteen months she has represented the UK in the Structural Reform Working Group in the Bologna Process and is an ex officio member of the UK Bologna Stakeholders Forum.

Carolyn’s research interests include the regulation, quality assurance and internationalisation of higher education. She has contributed to British Council, European Commission, OECD and UNESCO publications and projects on cross border higher education and quality assurance, and most recently co-authored an international comparator study on the assessment of quality for the funding councils in the UK. 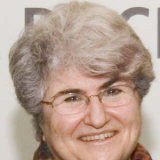 Gemma Rauret is working in several projects at the University of Barcelona since 2010 (doctorate studies in 2010 and higher education governance in 2011).

Along her career she supervised more than 20 doctoral theses and several graduation and master´s theses. She published more than 200 articles about Environmental Analytical Chemistry in specialized international publications. She took part and coordinated numerous international research projects within the European Union framework. In 1992 she was awarded the Narcis Monturiol medal for her outstanding scientific research. 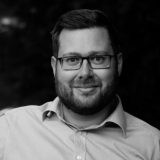 Jiří Nantl is the director of the Central European Institute of Technology (CEITEC), the research centre of the Masaryk University in Brno, Czech Republic.

Jiří is a lawyer by education, served as a deputy minister for strategy and legislation and was a Lecturer in Public Administration,
Educational Policy and Organized Interests at Masaryk University. He represented the Czech Republic as an observer on the EQAR Register Committee from 2011 to 2013. Vanja Ivošević is Senior Expert on Skills and Mobility at the Regional Cooperation Council (RCC), an all-inclusive, regionally-owned and led cooperation framework on subjects which are important and of interest to the the South East Europe (SEE). 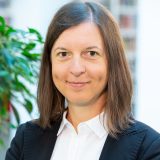 Janja Komljenovic is Lecturer in Higher Education at the Lancaster University in the United Kingdom.

Janja was actively involved in higher education policy-making in Slovenia and Europe. At the European level, she has been a member of the “E4 group” where she participated in preparing policy and plans for the establishment of the European Quality Assurance Register (EQAR).  She has been a member of the Bologna Follow Up Group (BFUG). She is still active as ENQA evaluator of quality assurance agencies and as an evaluator of higher education institutions for some national agencies in Europe. At the national level, she was an advisor to the Minister of Higher Education, Science and Technology in Slovenia, where she contributed to the legislative changes relating to quality assurance in higher education and the national higher education strategy. She also worked for the University of Ljubljana in internal quality assurance and institutional development.